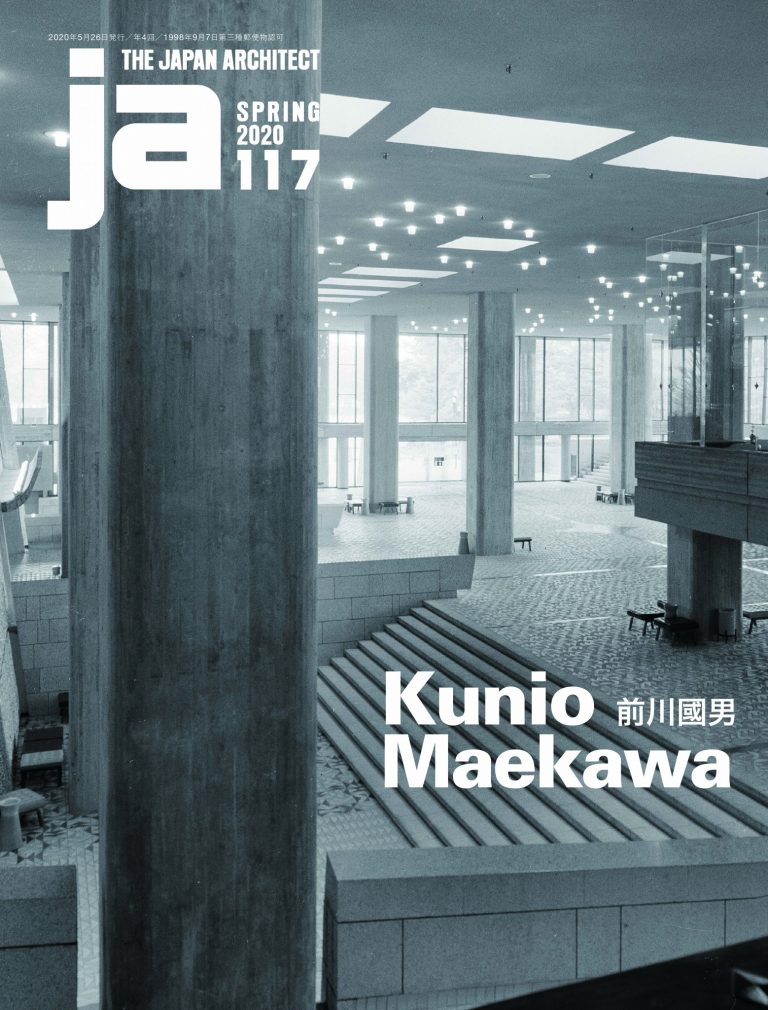 Issue 117 of JA features Kunio Maekawa (1905-1986). Kunio Maekawa closely intertwined both modernism and Japanese-ness in his architecture, and worked to establish the identity of Japanese architecture in the context of modernism. Based on the ideas of the Belgian architect and guest editor Hera Van Sande, this issue approaches Kunio Maekawa’s work from the following four aspects. First, the influence of Le Corbusier’s ideas on Maekawa in terms of modernism. Secondly, the sublimating of the spatial characteristics inherent in traditional Japanese architecture into Maekawa’s own architecture. Thirdly, Maekawa’s advocating of the transcendence of modernism and localism. Finally, the liberating design approach that Maekawa arrived at, which creates a natural and peaceful space. These are introduced through four essays by Van Sande, who has written extensively on the subject, a conversation with Hiroshi Matsukuma, and 22 of Maekawa’s architecture projects.

Introduction
With regard to Kunio Maekawa
Hera Van Sande