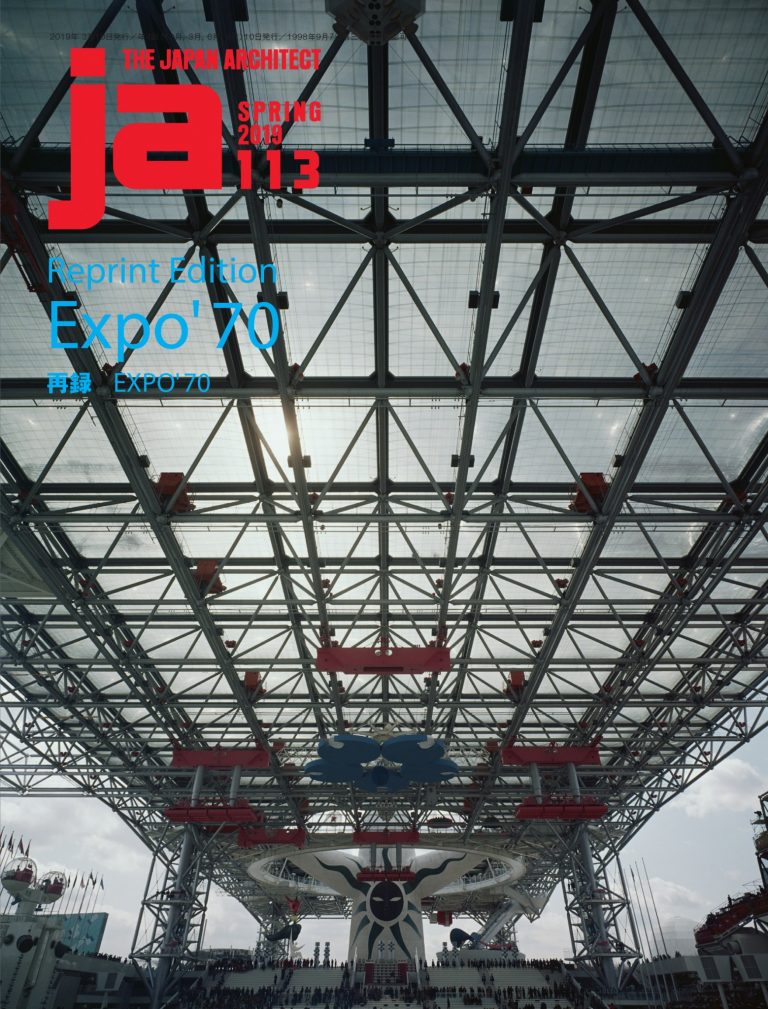 The Osaka Expo ’70 was conceived, planned—by Kenzo Tange and Uzo Nishiyama— and executed in the late 1960s, during a period of social and cultural turbulence.

Inherent in the Expo was a keen awareness of Japan’s transition from an industrial to an information society, resulting in a shift in curatorial emphasis to the “software” underlying our built environments and relations. The now-iconic “Symbol Zone”—highly demonstrative of these preoccupations— featured the “Space Frame,” an enormous roof, embedded with architectural plug-ins, all embodying the accomplishments of advanced technology. The Festival Plaza, at the Symbol Zone’s core, furthered the metaphor: an open space where people could meet and communicate directly with one another, an architectural hybridization somewhere between “architectural software” and the agora.

Aiming also to be “a world fair on approaches to urban development,” the event site was designed as an experimental city that suggested technocratic potentials to collectively aspire towards. Radical questions posed during this time—which have become increasingly relevant in the 21st Century—are revisited in JA 113, through the object of the Expo: How can we create physical environments that encourage people to directly engage with them, as if in a feedback loop, through information technology? Can architecture function as a communication media? Should architecture even do so?

In October 2018, the decision was made for Osaka to host World Expo 2025. Featured in JA 113 are selected articles originally published in the May 1970 issue of Shinkenchiku, as well as in the May / June issue of JA, both of which featured Expo ’70. We hope this publication will be a useful resource for exploring the possibilities of Expo 2025, Osaka-Kansai.