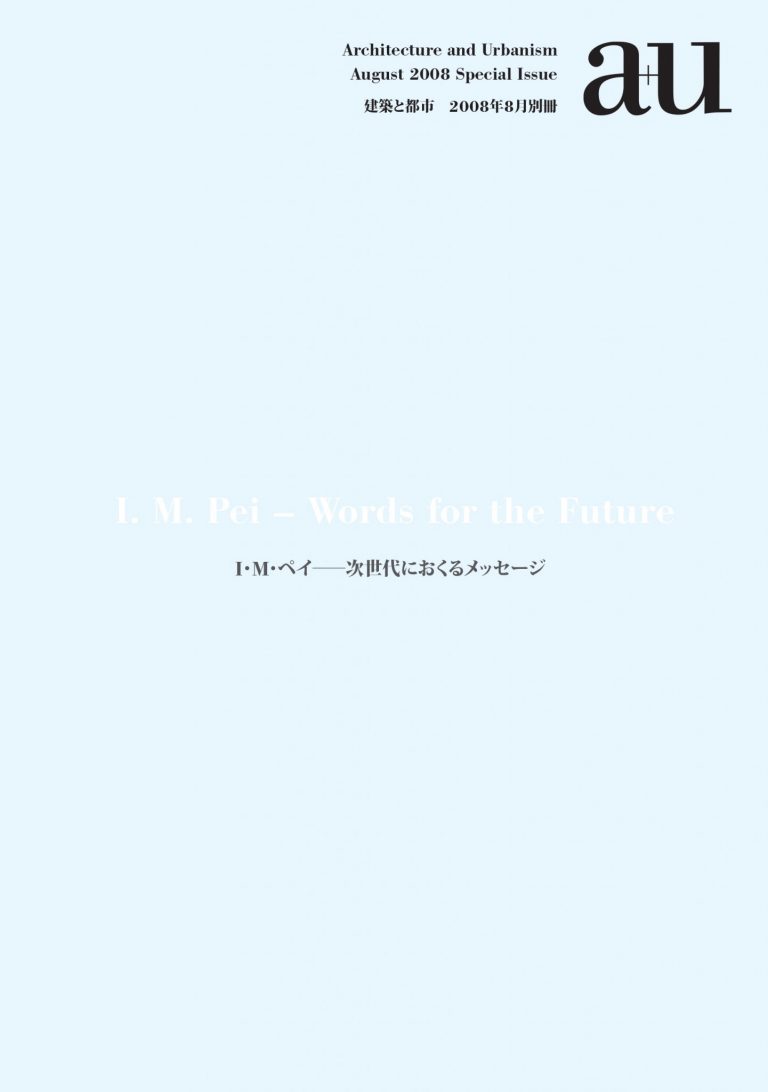 I. M. Pei, one of the giants of 20th-century architecture, was born in the early years of the century and continues to practice today. In this issue, he talks with Fumihiko Maki about memorable personages and projects from a career that has spanned more than half a century, including descriptions of his encounters with Walter Gropius and Alvar Aalto which convey the admirable qualities of these eminent architects as teachers and friends.

Evident throughout is Pei’s warmly human approach to architecture, which transcends the framework of academic or professional relationships and values, above all, the satisfaction of working with valued associates toward common goals.