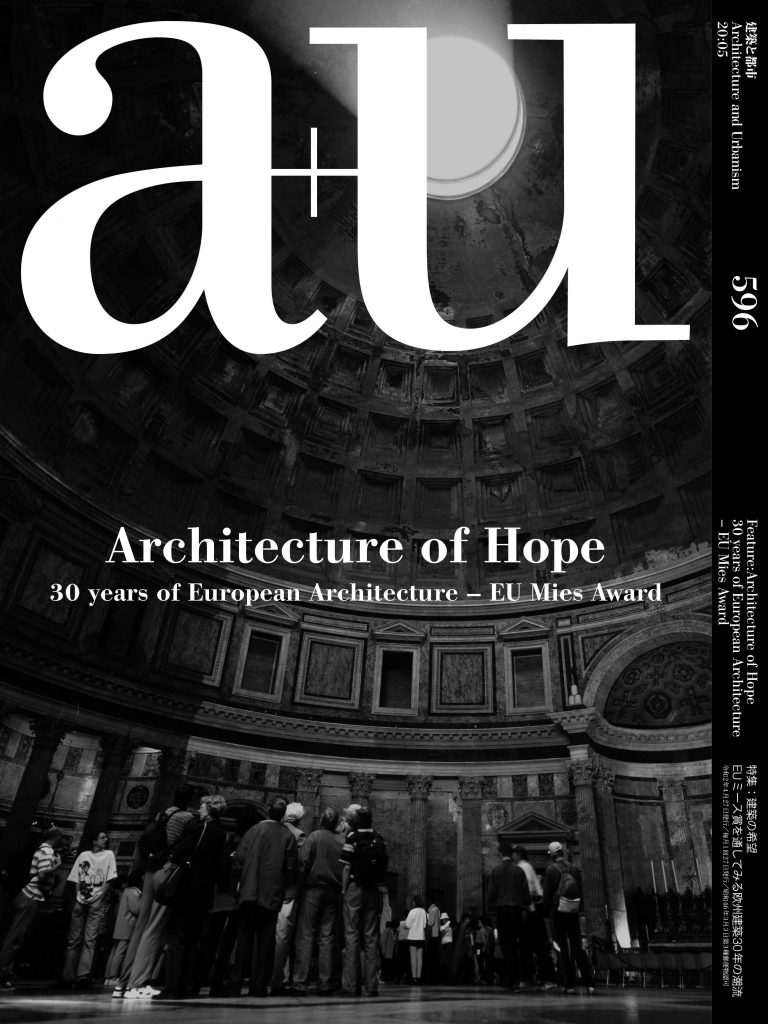 The a+u May 2020 issue features the European Union Prize for Contemporary Architecture – Mies van der Rohe Award (EU Mies Award). Its organizer, the Fundació Mies van der Rohe, was founded in 1983 during the reconstruction of the Barcelona Pavilion (1929). The EU Mies Award has been held biennially since 1988 and marked its 16th edition in 2019. The issue covers all the shortlisted works and the Jury proceedings of each edition that were curated together with Ivan Blasi, an architect and a coordinator of the award at the Mies Foundation, along with an essay by Angelica Fitz, one of the jury members in 2019. Additionally, the issue features another initiative of Mies Foundation, the Art Intervention at the Barcelona Pavilion. 8 works are highlighted here and supported with an essay by architectural historian, Dietrich Neumann. Finally, through the collection of more than 500 works recorded since the construction of the Pavilion in 1929, we are able to trace the trends and discussions of the “European architecture” that have continued since more than 90 years ago till today.

Essay:
Does Architecture Care?
The EU Mies Award in the Era of Capitalocene
Angelika Fitz