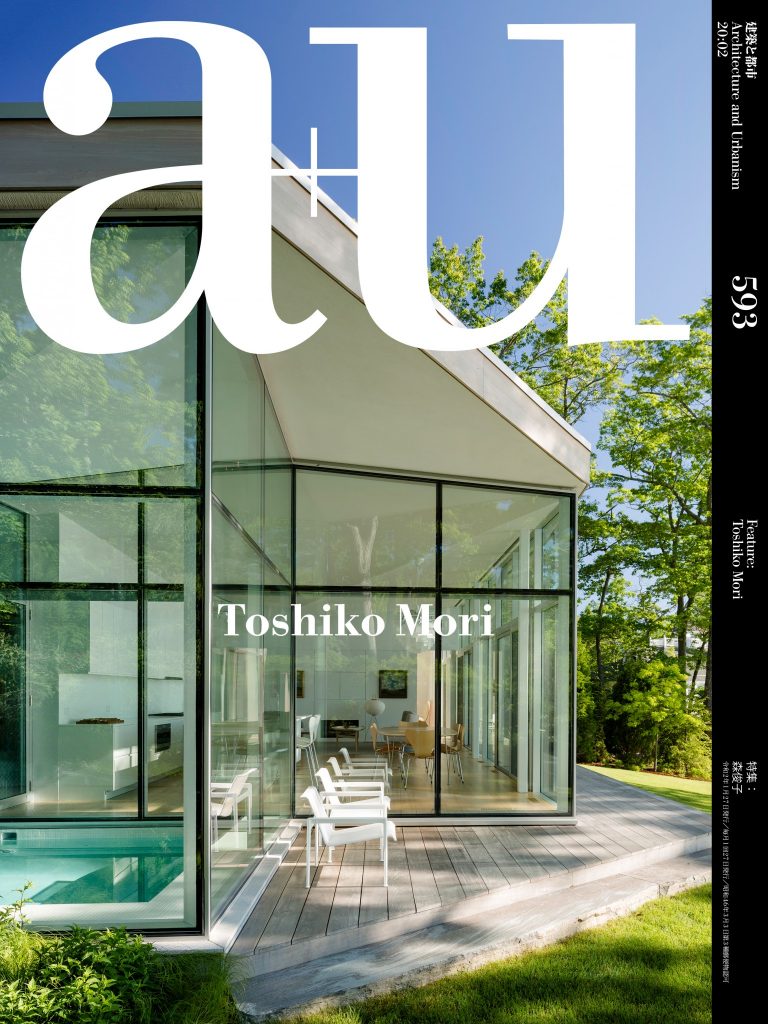 The February issue of a+u is our first monograph dedicated to the architectural practice of Toshiko Mori. Based in New York, the Japanese native founded Toshiko Mori Architect (TMA) in 1981. The introductory essay by Fred A. Bernstein, an architecture journalist, demonstrates her design approach and her keen eye for detail. Mori’s works are the result of an in-depth study of the site’s topography, vegetation, and landscape, as pointed out by Edward Eigen, a historian and scholar of European and Anglo-American landscapes in the long nineteenth century. Mori’s designs reflect a sensitive integration of design, materials, and technology with the site. In addition, Sean Kelly, one of Mori’s clients and an art gallery owner, speaks about the process of collaboration with Mori. 18 representative works after 2000, of which 9 are residences, are featured in this issue, alongside site photographs and survey maps.

To Mori, teaching is always in parallel with her practice. Her essay illustrates her career in architectural academia and the several initiatives she introduced while being a faculty member at various prestigious architecture institutions, including the Harvard Graduate School of Design (GSD).

Essay:
The Inevitable Architecture of Toshiko Mori
Fred A. Bernstein

House in Taghkanic
House in Connecticut II
Cloudline and Treeline

Interview:
A Conversation with Sean Kelly

Essay:
Lessons from the House in Taghkanic, and Other Views
on the Hudson River Valley
Edward Eigen