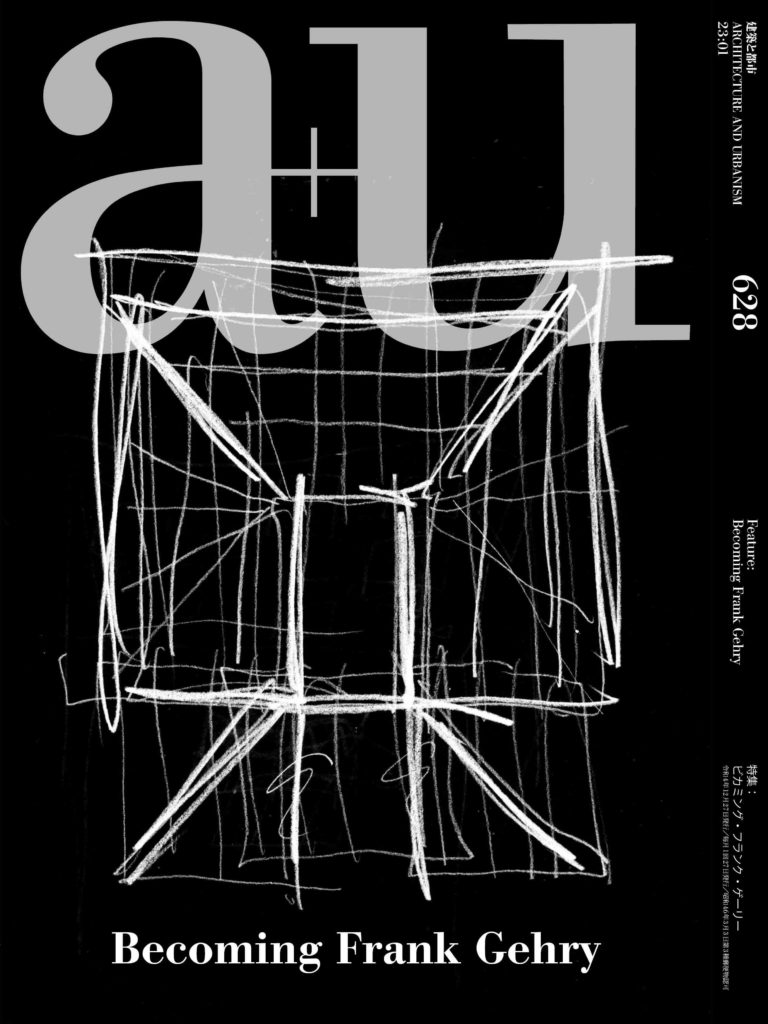 a+u’s January issue features drawings by Frank Gehry that cover 3 decades, from his early works in the 1960s through Guggenheim Museum Bilbao in the late 1990s. While the projects showcased here vary greatly in program, materiality, and form, as guest editor Jean-Louis Cohen describes, it is easy to discern the emergence of “the crate of the different, radical practice that he would pursue in the following decades.” Through drawings, sketches, and photographs, we trace the process from fragmenting elements to reintegrating them into a fluid continuum. Against these formal operations we are also introduced to how Gehry sought to gain a foothold as an architect in Los Angeles, through the “exploding” box in Los Angeles to Guggenheim Museum Bilbao, which marked the watershed in Gehry’s practice in terms of building form and office operation, and with his adaption of digital technology and model-centered process into his work.
This issue benefited from the recent cataloging and digitalization of Gehry’s archive, much of the historical material now maintained at the Getty Research Institute (GRI). Meticulous in archiving his work, for Gehry archive is “not an act of conservation; it is a living, ever-changing extension of the practice itself.” (a+u)

Essay:
Gehry and the Practice of Archiving
Megan Meulemans