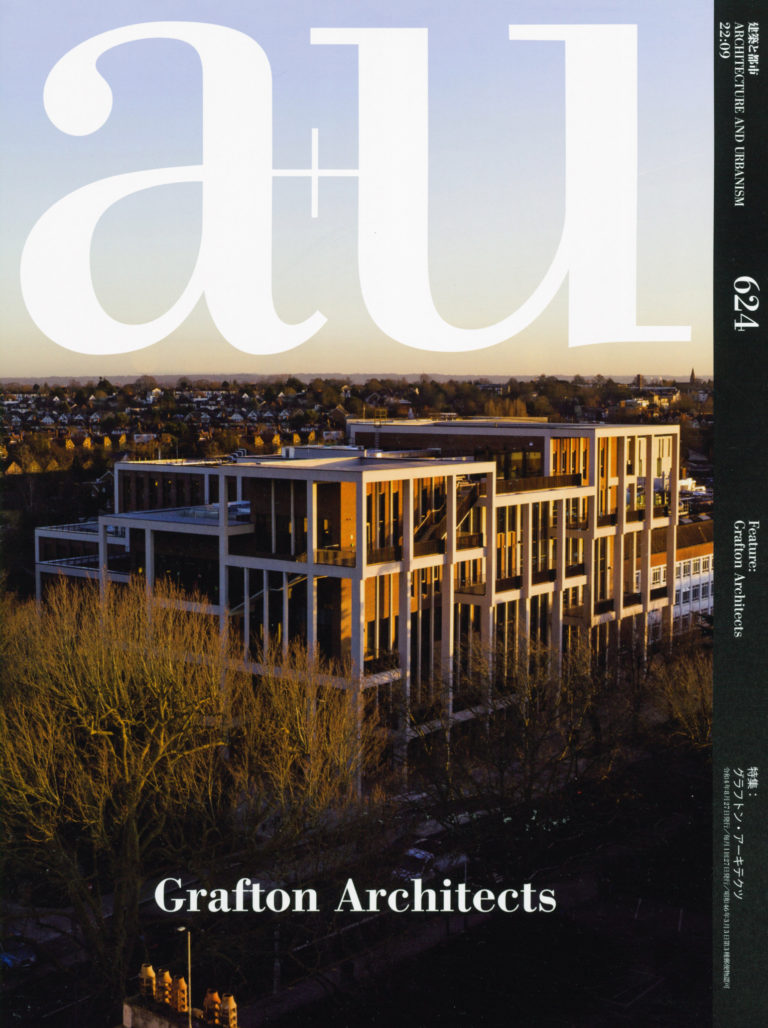 a+u’s September issue features Grafton Architects, founded in 1978 by Yvonne Farrell and Shelley McNamara. Rooted in their home city of Dublin, where topography, street life, literature, language, and people are deeply interconnected, the work of Grafton appears “drawn out of something subterranean . . . richly layered as physical constructs and as cultural interventions,” as described by literary critic Finton O’Toole in his commentary. These qualities allow Grafton’s architecture to “coexist in different temporalities.” Since winning the competition for Luigi Bocconi University’s new faculty office and auditorium facility in 2002, Grafton has proven to be as adept in internalizing and enhancing the streetscape of Georgian Dublin, as that of Lima, Milan, or Toulouse, through a series of large-scale public buildings. While there is an unmistakable tectonic power to Grafton’s approach to form, structure, and materiality, their buildings quietly yield to human scale to achieve an intimate and humane sense of comfort. This monograph highlights 25 projects, ranging from early residential to their most recent work. In addition to guest commentaries are 2 short pieces by Grafton that marked pivotal moments in the firm’s early half-century career and remain perennially germane to their design philosophy: an allegory about human habitat and environment drafted 27 years ago as a proposal for a competition, and a manifesto posing as a question to colleagues for the 2018 Venice Architecture Biennale. (a+u)