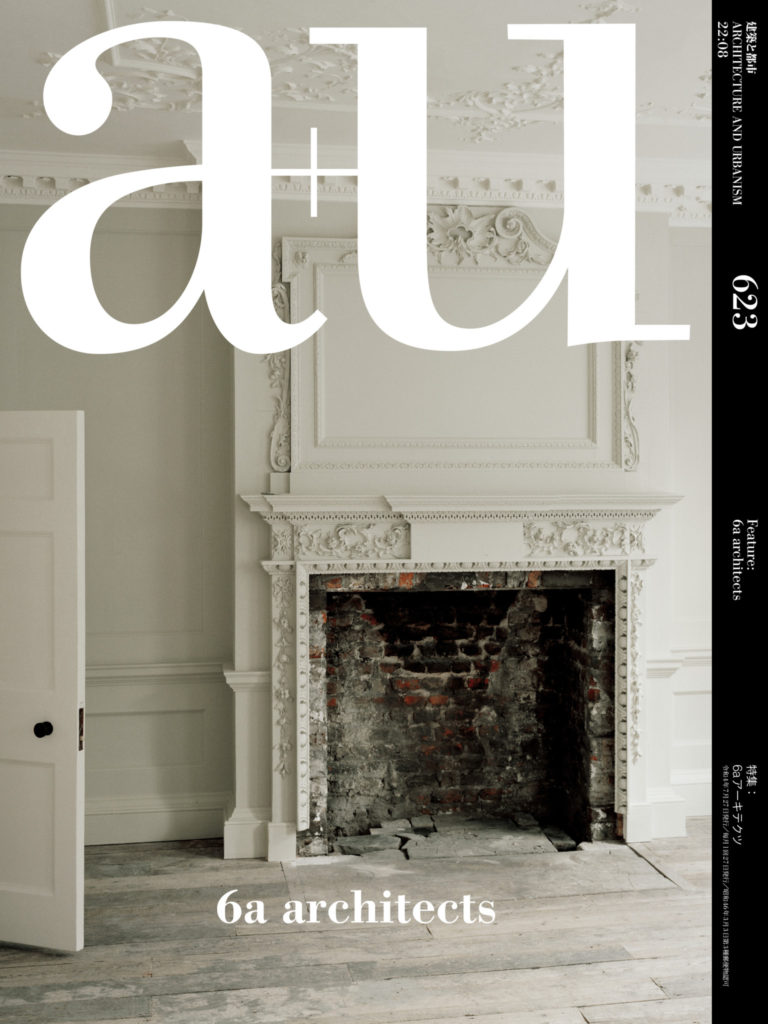 a+u’s August issue features the work of 6a architects, founded by Tom Emerson and Stephanie Macdonald in 2001 and based in London’s historic Holborn district. Deeply immersed in the British art and design scene, and in the cohort of British architects who came of age in the post–high tech 1990s, 6a are at the forefront of a contemporary movement characterized by deep sensitivity to the environment, community, and context, while appearing to play down conventional signatures of style and theory. Divided among 4 chapters – “Repairing,” “Gardening,” “Shaping,” “Walking” – 20 projects present themselves as invitations to distinct experiences. Setting the tone for a trajectory that has endured the past 2 decades, 6a’s earliest work, at Raven Row, captures transformations accrued on the building over the past 300 years and narrates them into a new story through the bricolage of remnants and elaborate interior carvings. The ornate fireplace, relocated a century ago, is restored to its original location, while concrete that was added as a fire protection floor in the 1970s becomes the flooring of the art gallery. Each of the 4 chapters opens with a statement by the protagonists and is brought to reflection by a friendly interlocutor, describing how the architects conscientiously “work with what is already there and understand time as part of that existing material,” that “decay and maintenance are natural conditions of architecture.” 6a’s architecture becomes defined through “invisible mediums amid those things,” like site, materials, tools, and participants. They respond by gently “shaping the things and places that they have found,” and hence every project they touch “extends this idea of architecture dissolving into the city.” (a+u)