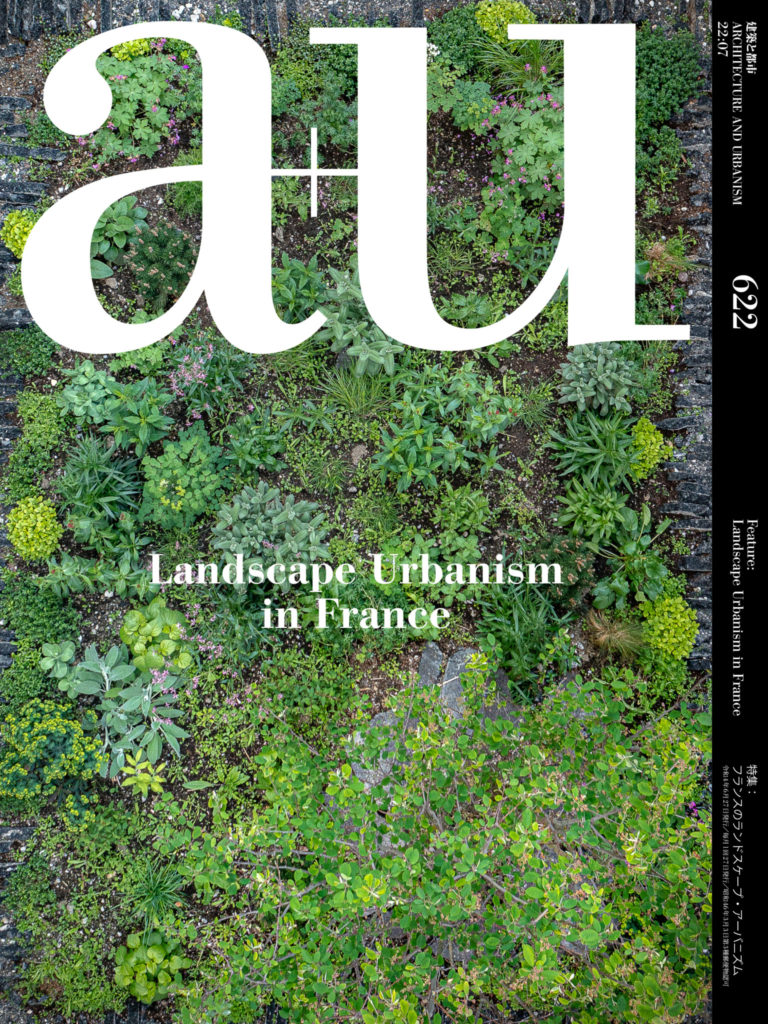 a+u’s July issue features landscape urbanism in France. Since the 1970s, the pioneering generation of Michel Corajoud, Alexandre Chemetoff, Gilles Clément, and Jacques Simon – all profiled on these pages – have brought the modern discipline of landscape architecture in France, and its long insistence on a horticultural approach, into the urban realm. Yet as guest editors Henri Bava and Antoine Picon argue in their introductory essay, this urban turn has its deep origins in agriculture and land management, formal gardens, and the military and civil engineering practices of France’s early modern period, in the 18th and 19th centuries. Charles Waldheim further notes that these paysagistes “advocated for a kind of landscape thinking informed by the study of regional geology, hydrology, and ecology in service of flexible urban strategies rather than by master plans.” Featuring 6 canonical works by the pioneers, alongside 17 projects that represent current trends, the issue explores the evolution of a discipline. Landscape urbanism in France is now being realized in a multitude of forms, from repurposing asphalt into the palette of greenery to reinventing deindustrialized sites as spaces of respiration and repair. By “integrating various urban elements at a lower level of resolution,” “mobilizing not only the surface of the city but also the underlying realities of the soil and geology,” and using “the capacity of landscape to function at extremely different scales,” landscape architects and others of a similar practice are at the leading edge of tackling the challenges and pursing the recovery of modern cities. (a+u)