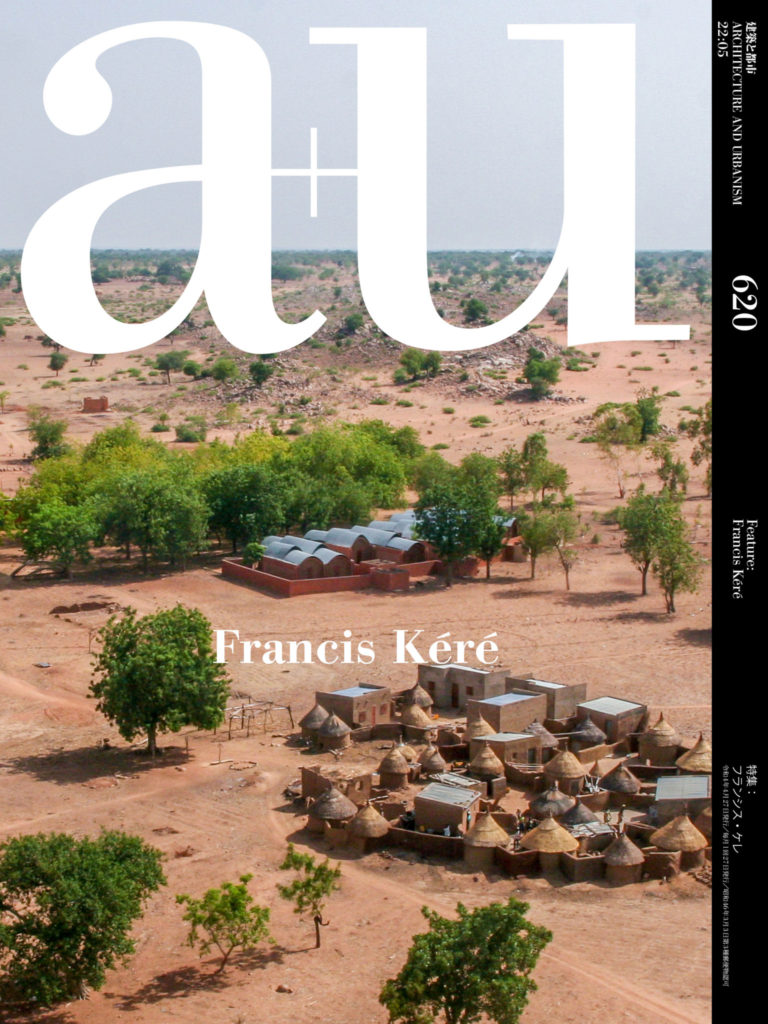 a+u’s May issue features Francis Kéré, a Berlin-based architect originally from the West African nation of Burkina Faso. His earliest work, Gando Primary School, succeeded not only in providing a comfortable learning facility for the village where he was born and raised, but also demonstrated that the design process must embrace the cultural and material roots of a place and its people. As the Gando project expanded in scope to include other social amenities like a secondary school, library, and housing for teachers, Kéré’s architecture became a tool of community building and empowerment. This architecture of humanism relies on the metaphor of the palaver tree, under which a community gathers and knowledge is formed and transmitted. Kéré enriches local, basic materials and traditional know-how with thoughtful and forward-looking technological and ecological concepts, such as double roofs, wind towers, and shade chambers, creating a sustainable, low-cost, and high-performance architecture that serves as a model for the Global South. “As a translator who adds new meaning – to uncover, unlearn, and relearn,” Kéré takes advantage of the collective creativity of a place to create architecture “where in the end we see ourselves in it.” Opening with Gando Primary School and ending with ongoing construction projects, furniture pieces, and exhibitions, this monograph presents 34 works. In addition to texts by Kéré and guest editor Andres Lepik, 3 essays by younger architects of African origins situate Kéré’s work in the broader context of architecture and urbanization in the African continent, invoking issues of translatability, authenticity, justice, community, and empowerment. (a+u)

Essay:
From Burkina Faso, (Made) in Germany, for the World 8
Andres Lepik

Essay:
Architecture as Common Ground: A New Language in the Work of
Francis Kéré 106
Nana Biamah-Ofosu