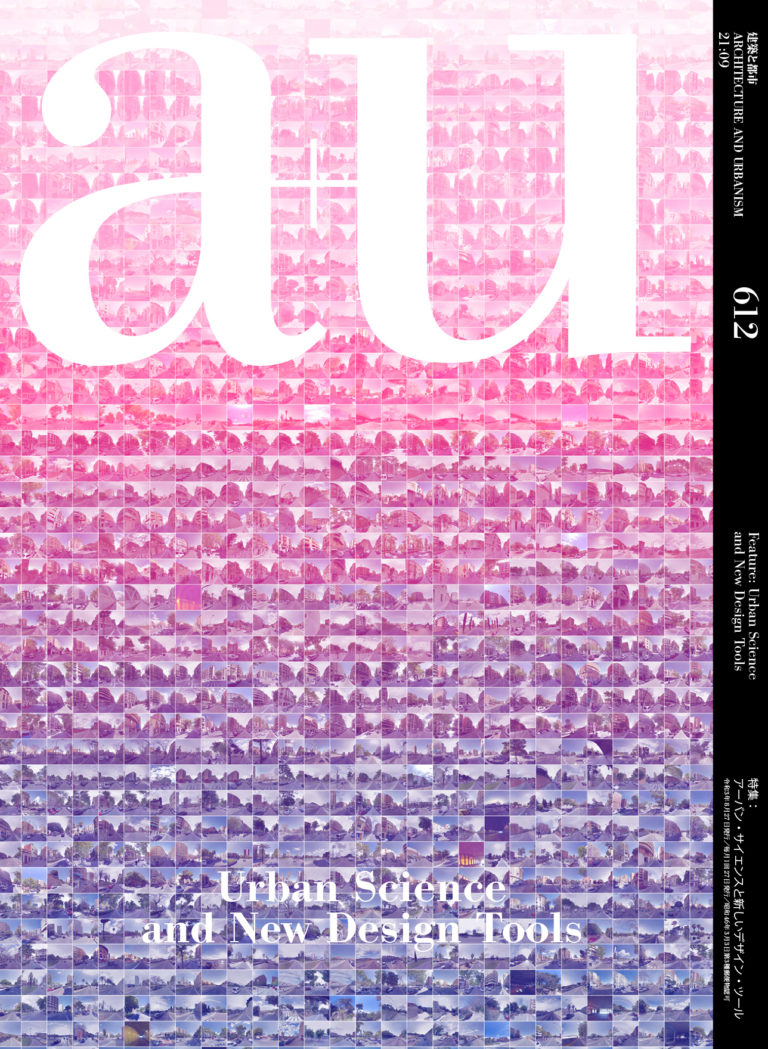 This September issue of a+u is devoted to new technologies in urban science and their applications in settings that range from the aesthetics of urban spaces to participatory democracy and public health. The question posed to our guest editor, Yuji Yoshimura, is how these technologies will change the ways in which architects shape urban spaces. Projects from Barcelona, which has been at the forefront of using these new tools at the municipal level, are presented alongside recent efforts in the United States and Japan, covering not only “the physical aspects of cities”, but also “the systems and public-private platforms that have made them possible, and how cities can consider the issue of privacy.” We discover how information can be gathered, visualized, and used as a communication and design tool to plan a livable city, often with the government and citizens in partnership. “Our activities in time and space” can be described and analyzed in clear, methodical formats that are accessible to the general public, allowing for all voices to be heard. These cutting-edge technologies are further contextualized in the longer historical framework of urban science that includes figures such as Ildefons Cerdà, Thomas Jefferson, and Kenzo Tange. (a+u)

Essay: The Clock, the Plow, and the Polygraph
Jesse Reiser