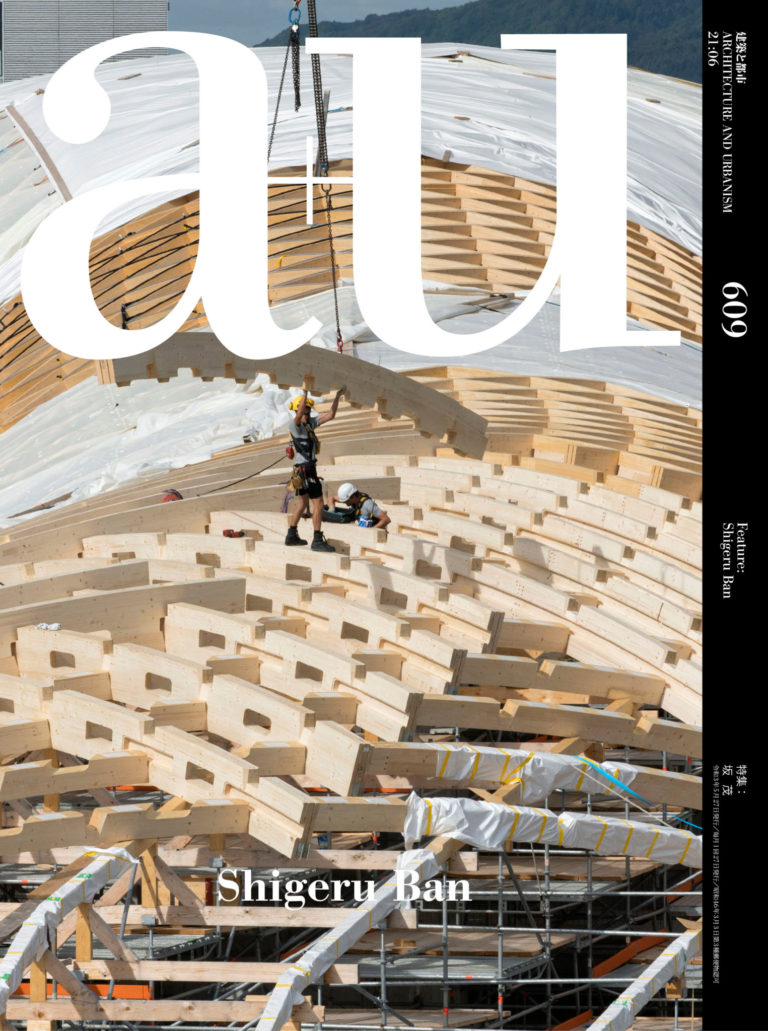 a+u’s June issue features the work of Shigeru Ban. Established in 1985, Shigeru Ban Architects has been pursuing innovative structures and construction methods based on clear concepts. Twenty-five projects spanning the 2 decades since Expo 2000 Hanover, drawn entirely from outside Japan, are presented here. As Michael Webb describes in the introductory essay, “Continuity is the core of Ban’s work.” This continuity, or persistence, can be found in works ranging from small to large in scale, temporary to permanent in structure, and private to public in the commission. Frei Otto, who collaborated with Ban on the Japan Pavilion at Expo 2000 in Hanover, described him as someone who creates buildings that “manifest architectural perfection while paving new ways into the future.” Otto further states that “the new cannot be perfect,” but one “always remains open to new ideas without ever losing sight of his goals.” Numerous sketches reveal how Ban’s architectural thinking develops across scales. In this volume, competition proposals are featured alongside his built works – whether using his famous paper tubes, wood, or steel – to draw out the continuities between each work, while focusing on materiality as the organizing theme. (a+u)

Read our monthly magazine “Shinkenchiku“ directly on your Mobile Devices