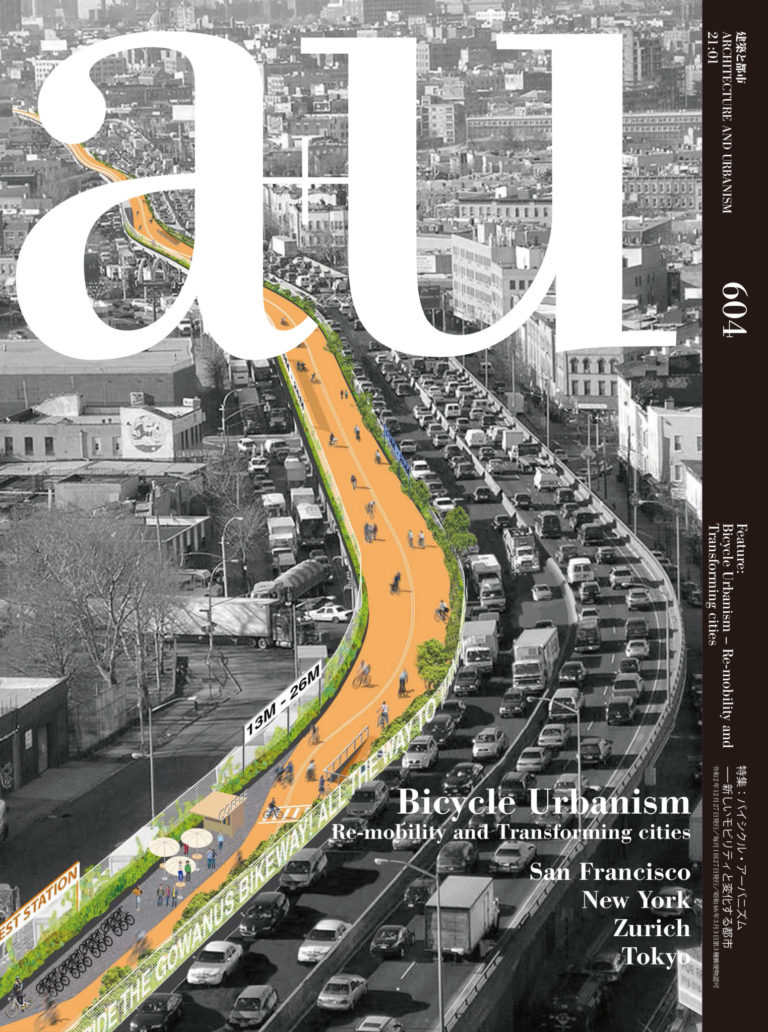 Only 40 left in stock

City planning centered around the movement of people and cars are starting to change.
Especially in recent years, transportation means such as small mobility are diversifying. However, there are many challenges to incorporating them into the urban structure of the 20th century.
This issue focuses on bicycles. Bicycles are truly representative of small mobility as a means of transportation, and are deeply rooted in people’s lives around the world. Yet, it has not been incorporated into city planning and its potential has never been fully realized. In the introduction, guest editor Manabu Chiba shared that by thinking about the “niche” of bicycles (the role to fill the gap), it opens up an opportunity to reinterpret the traditional urban structure. “Bicycle urbanism” may be the start to thinking about cities and mobility in the future.
5 offices from 4 cities participated in this issue, each proposing the concept of “bicycle urbanism” in their city. In addition, records of cities where such progress have been made, such as Copenhagen, are featured at the beginning of this issue. (a+u)