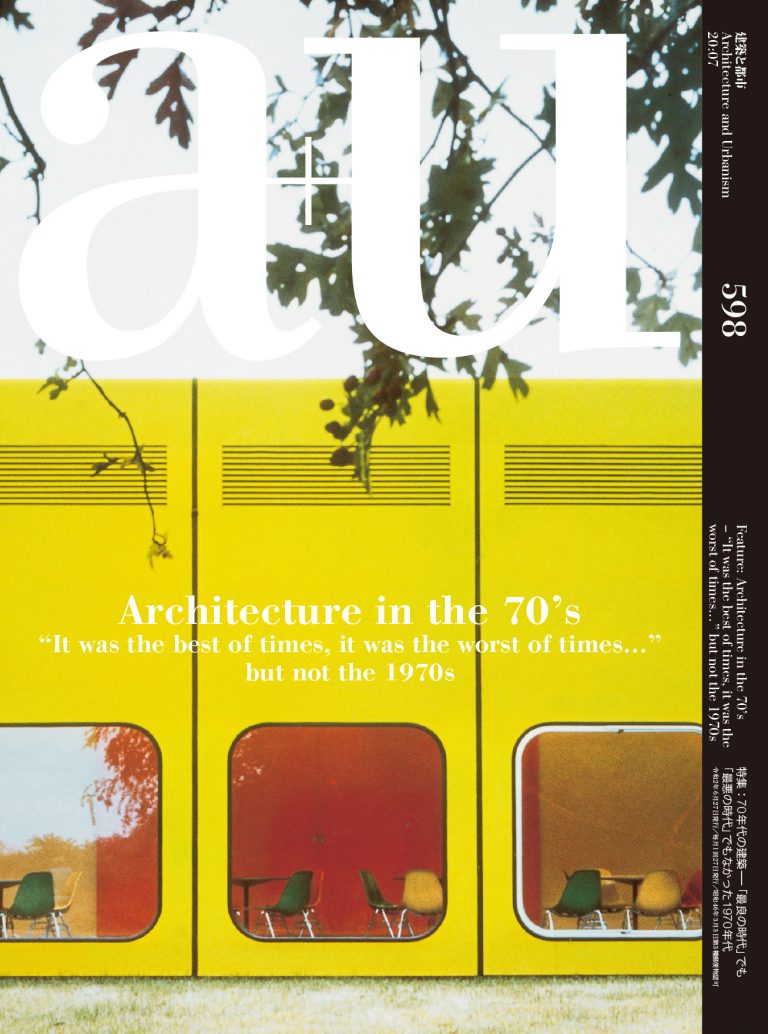 In 1968, a turning point for postwar society, a series of political upheavals symbolized by the May Revolution in Paris forcefully brought about social and cultural reforms. The 1970s that followed, despite a sense of crisis and uncertainty, became a period that heralded a wide range of new thinking and experimentation in the architecture world.

The underlying question behind all of this was “where do we look for the foundations that will determine architecture”? This was also a question of recovering aspects that a modern architecture based on “function” and “universality” had caused to be lost.
The 1970s was a time when “architectural theory” was widely discussed and published. I asked the leading historian of architectural theory, Professor Harry F. Mallgrave, to write an essay on the discourses that were particularly important and the architecture connected to them, while also taking into account aspects of the cultural and social background of that era.

This entire issue is made up of relevant works of architecture and discourses laid out with reference to the three topics that Professor Mallgrave outlines in his essay – “The Presumed Crisis of Meaning”, “The Real Crisis of Urban Theory”, and “The First Stirrings of the Ecology Movement, Both Natural and Human”. Finally, the editorial team added examples related to the topic of “The Vernacular and the Language of Modernism”.
The result is a cross-section of the 1970s: an era that was neither the “best” nor the “worst” of times.

Introduction Essay: “It was the best of times, it was the worst of times…”
but not the 1970s
Harry Mallgrave

I. The Presumed Crisis of Meaning

Essay Reprint:
Architecture and Building – The reconstruction of a collective language as demonstrated in the project for the Quartier de la Villette Léon Krier

III. The First Stirrings of the Ecology Movement, both Natural and Human

Appendix. The Vernacular and the Language of Modernism