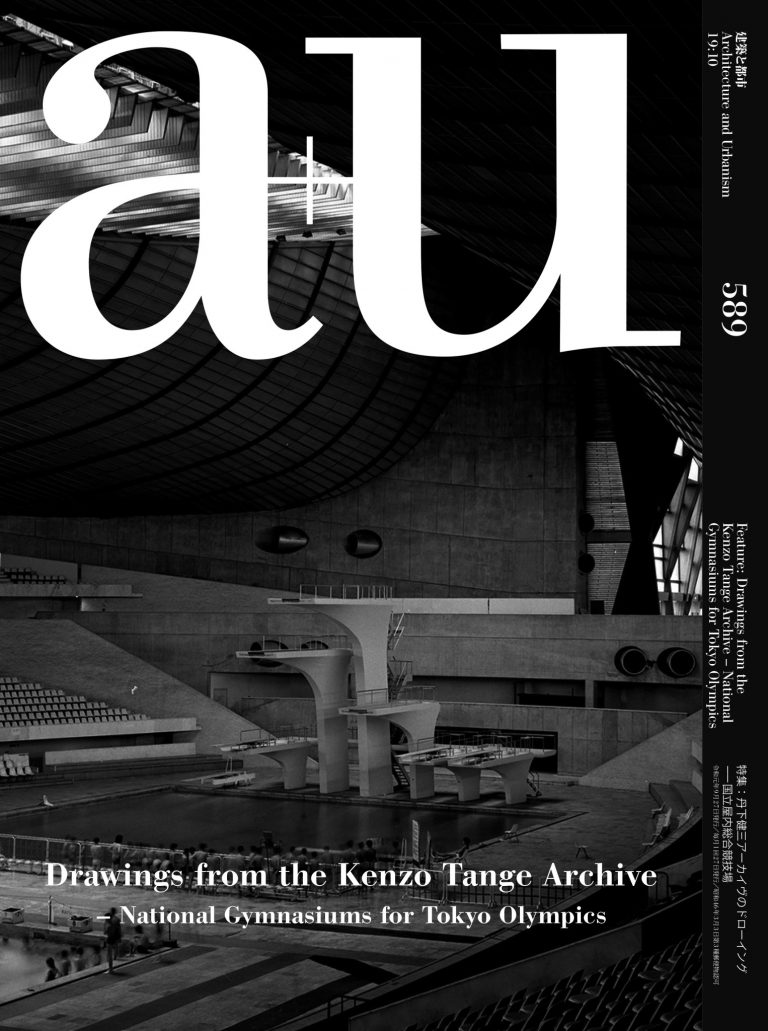 The October 2019 issue of a+u showcases original drawings for the National Gymnasiums of the 1964 Tokyo Olympics (also known as the Yoyogi National Gymnasiums, and the Yoyogi Gymnasiums), which are among the many items from the Kenzo Tange Archive recently restored at Harvard University. Treated with the same care and precision as a restored painting, these technical drawings allow us to understand the architecture in tremendous detail—and to glimpse into the minds of its creators as they produced these lines.

a+u Drawings from the Kenzo Tange Archive– National Gymnasiums for Tokyo Olympics features a series of viewpoints and commentaries by experts from Japan and abroad, including interviews with Fumihiko Maki and Kengo Kuma, and with Koichi Sone, as well as essays by Mike Schlaich, a structural engineer. This issue’s guest editor is Seng Kuan, who curated the exhibition “Utopia Across Scales: Highlights from the Kenzo Tange Archive” held at the Harvard Graduate School of Design in 2009.

Landscape and Other Facilities

The Era That Dreamt of Structure – Not Only Yoyogi
Yuki Ozawa

In Memoriam:
César Pelli (1926–2019)
His Work on Architecture and Cities in Japan
Fred Clarke, Jun Mitsui