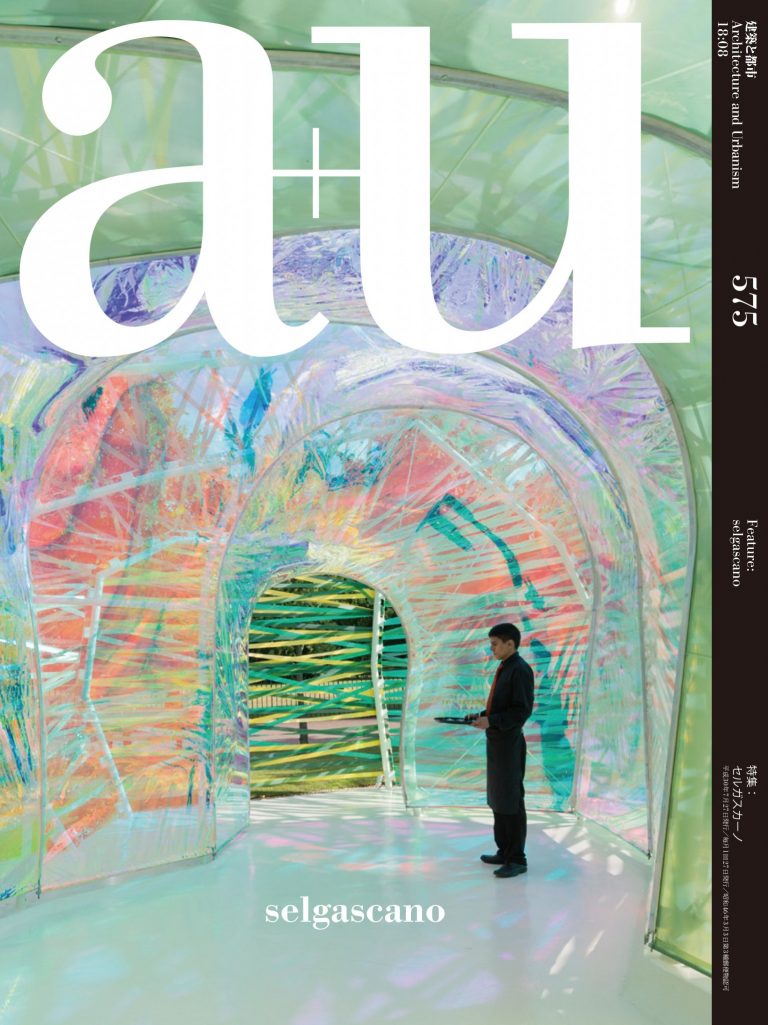 This issue of a+u features the Spanish architectural office selgascano, established in Madrid, Spain, by José Selgas and Lucia Cano. Their practice is described as highly-focused on the construction process— which, to Selgas and Cano, is treated as an ongoing process of “listening,” from manufacture to installation.

This being selgascano’s first monograph in a+u, we will introduce their architectural approach using projects from 2006 to present. The work is contextualized through an introduction by Spanish architectural journalist Anatxu Zabalbeascoa, as well as through an interview with Ryue Nishizawa.

Interview
On the Road with selgascano
Ryue Nishizawa

Office in the Woods

Immunization and Education Centre for Turkana