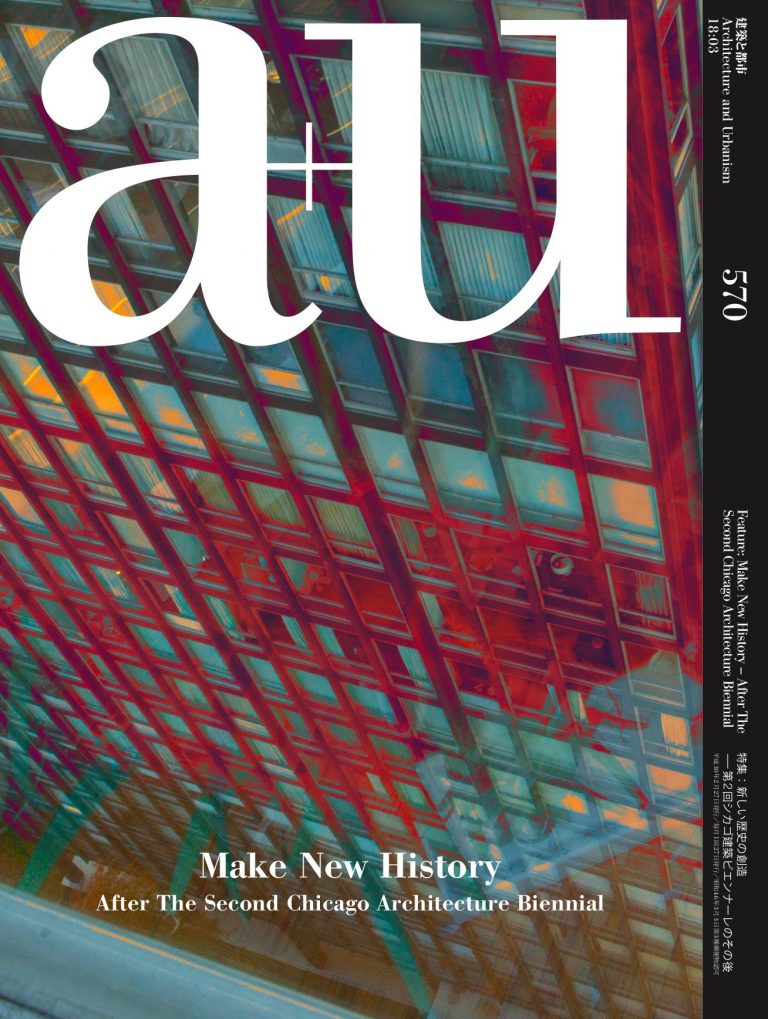 Chicago is the birthplace of the skyscraper and a place closely associated with Frank Lloyd Wright and Mies van der Rohe. Against this rich cultural background, the first Chicago Architecture Biennial was held in 2015 as a showcase for architecture, art, and culture that would attract visitors to the city and inject new life into its economy. The second edition of the Biennial featured the participation of 140 artists and architects from 20 countries, under the theme “Make New History”.

This issue is guest edited by Sharon Johnson and Mark Lee, artistic directors of the second Chicago Architecture Biennial. In the first part, they look back on the Biennial with architectural historian Michael Hays and discuss what it shows about the qualified autonomy, framing, and partnerships seen in current practice. The second part introduces built work and projects selected with reference to the exhibition’s theme by the guest editors and participating architects, and responses from the architects to questions about what “Make New History” means to their thought and practice.
By focusing on the ways that architect engage with and understand history, this issue reveals something about the underlying context of their work – a fascination with anonymous objects, everyday situations, and generic forms as well as the exceptional masterpiece. This has implications for the problems their work tries to address and the individual topics that interest them.

Conversation
From Context to Autonomy, From Object to Field and Back Again
Michael Hays, Sharon Johnston & Mark Lee

Interview
Respect for the city – from the ceremony of Praemium Imperiale in Tokyo
Rafael Moneo
Interviewers: Angela Pang, Seng Kuan