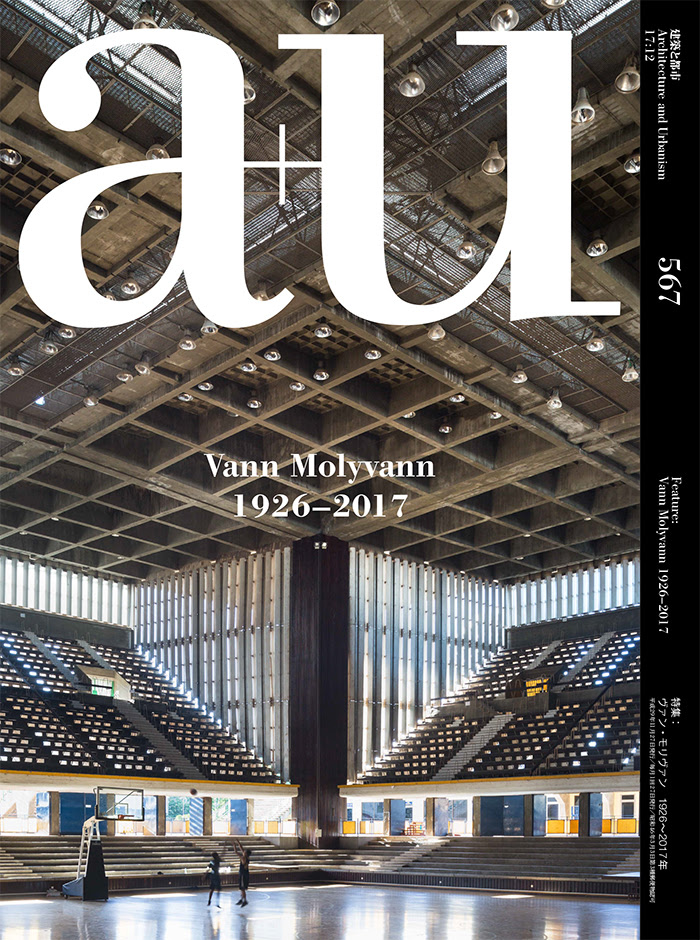 This issue provides a chronological overview of Cambodian architect Vann Molyvann’s work, tracing from his youthful efforts as a leader of the New Khmer Architecture movement and role in the nation’s post-independence reconstruction to his subsequent exile in Europe in 1970, his humanitarian work for the UN, and eventual return to Cambodia—upon the conclusion of its harrowing civil war—to assist with its recovery.

Vann Molyvann in Paris: Or, How a Mediator between the Modern and Tradition was Born
Masaaki Iwamoto

Read our monthly magazine “Shinkenchiku“ directly on your Mobile Devices