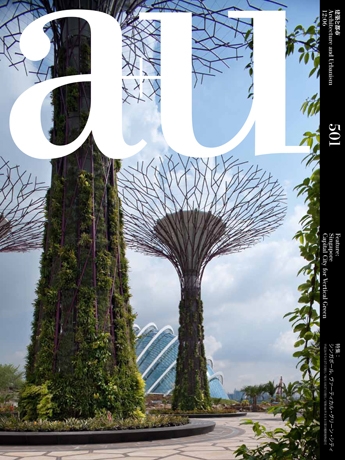 What makes Singapore’s urban environment unique? Using this simple inquiry as a starting point, we formulated 50 questions to probe the city state’s past, present and future. Though essays, interviews and round table discussions with key individuals from the public and private sectors, we have discovered the stories and ideas behind some of the city’s most iconic projects.A+U would like to express its gratitude to all the participants who have contributed their voices to this issue, with special thanks to the Urban Redevelopment Authority, Ms. Elaine Tan and Ms. Rachelle Su. From its conception, this publication benefited from the support and encouragement of Mr. Ng Lye Hock, Larry, Group Director of the Architecture & Urban Design Excellence, and Mr. Ng Lang, Chief Executive Officer of the Urban Redevelopment Authority. (a+u)Q1 What does Singapore look like today? Q2 Mayor Bloomberg – How does a city thrive in the 21st century?Lecture session: Michael BloombergQ3 What is the state of urban development in Singapore?Essay: Peter G. RoweQ4 Can the world be contained in 1,000 Singapores? Q5 Do population growth and urbanization mean less green coverage? Q6 What was Singapore like at the time of independence? Q7 Going back in time? Q8 A city in the making – what were the milestones? Q9 How has Singapore’s urban planning evolved? Q10 What is the story behind Marina Bay? Q11 What were Kenzo Tange’s thoughts on Singapore? Q12 Can a city achieve more from public-private partnership? Q13 What is the landmark of Marina Bay? Q14 Can we build a green paradise on earth? Round Table 1: The Makings of Marina Bay

Q15 Can an island city ever have enough water? Q16 Can you clean up a dirty river?Q17 How to create a Garbage of Eden? Q18 Can biodiversity thrive in a land-fill? Round Table 2: Water Urbanism – The Active, Beautiful, Clean Waters Programme

Q19 What is the ABC Waters programme? Q20 Must a canal be just a canal? Q21 From Garden City to City in a Garden? Q22 A Green Walk round the island? Q23 How do you bring people closer to nature? Round Table 3: Bridging People and Nature – The Southern Ridges

Q24 How do you house four million people? Q25 What does HDB mean for Singaporeans? Q26 How do we create variations in public housing? Q27 What’s new with HDB’s Punggol Waterway? Q28 What is the latest feature for Public Housing? Q29 Is there a limit to HDB design? Round Table 4: Housing a Nation – Building Homes and Communities

Q30 Is your built environment powered by BIM? Q31 Can you have a building with zero energy consumption? Q32 Planning beyond Singapore? Q33 Jurong – the smart district to watch? Q34 What does ‘Vertical Green’ mean? Essay: Dr Tan Puay YokQ35 What are the different typologies of green? Q36 How do we bring green into urban living? 116Q37 How do we bring green into our vertical environment? Q38 Can greenery improve our productivity? Q39 Can an urban hotel be a tropical resort? Q40 How about shopping in a park-like setting? Q41 How can green and nature improve our learning? Q42 Is nature the best medicine? Q43 A new trend for the R&D environment? Q44 Is building a green environment a good business proposition? Round Table 5: Realizing Visions Through Partnership

Q45 How does the green city evolve? Essay: Kathryn Gustafson, Henry SteedQ46 Inspiration for ‘Vertical Green’? Q47 Is Singapore the only city pursuing ‘green’ buildings? Q48 Toyo Ito – Is the office of the future one big tree? Q49 What are the benefits of being liveable? Q50 What does it mean to be green?