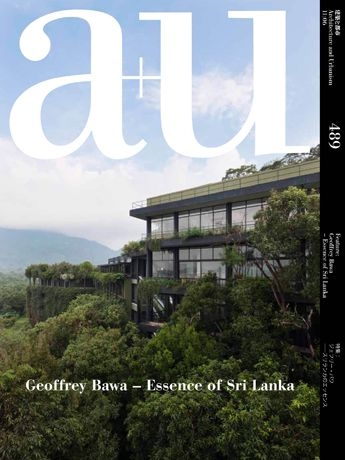 For most people, Sri Lanka brings to mind a mysterious country rich in ancient heritage sites and spectacular natural landscapes. It is within such a context that architect Geoffrey Bawa (1919-2003) practiced his craft. Considered the foremost modern architect in Sri Lanka, his work continues to have lasting influence for several generations of Asian architects, particularly those in the tropical regions.

Working mainly in Sri Lanka, Bawa adapted vernacular elements, materials, construction methodologies, and thinking during a time in which ideas on sustainability and climate-responsiveness were quite peripheral to the architecture profession. As a result, his work often resulted in architecture that was responsive to its climate and landscape, constituted by carefully-orchestrated spaces that made indistinct the notions of interior and exterior. It is this ability to fuse the essence of Sri Lanka with modernist sensibilities that has allowed his work to bridge vernacular traditions and the practices and concerns of modernity.

Over two weeks in January 2011, a+u had the opportunity to photograph most of the projects presented in the issue, in their current states. a+u Geoffrey Bawa—Essence of Sri Lanka includes:

House on the Red Cliffs

Also
Works by a new generation of Sri Lankan architects…