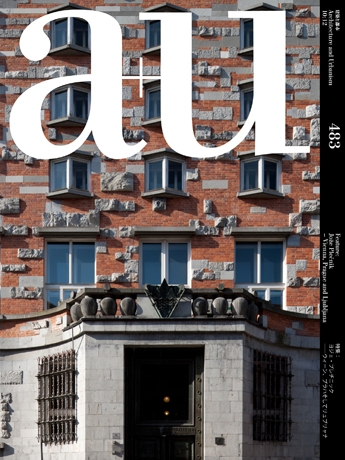 For the Japanese, countries that are located in the east of Germany and Austria are categorized as eastern Europe and those countries are a deep part of Europe. The architect Jože Plečnik from Slovenia lived only within this area. Vienna, Prague and Ljubljana, where he lived, belonged to the former Austrian-Hungary. This dual monarchy was called Kaiserlich und kniglich (k.u.k.) meaning imperial and royal held about one third of Europe. Plečnik, who lived within this k.u.k., had the luck of joining in the city planning of his hometown, Ljubljana. Today, the people are still proud of him; his works are all over the city and his face is used for 500 Tolar bill. Internationally, however, he was almost forgotten in the 1960s and 1970s until an exhibition of Plečnik was held at Centre Pompidou in Paris in 1986, which rediscovered the postmodernism of Plečnik and placed him in the spotlight again. It was only proper that Plečnik, who studied under Otto Wagner, was influenced by the Vienna Secession and dedicated his life to architecture as a leading architect in the modern architecture movement of Slovenia, is seen differently from other great architects in western Europe and USA. While his architecture evokes a calmness akin to black-and white photos, the details of his architecture inspires us to take photos and brings to mind the idiom, god is in the details. This special issue traces the three cities where he lived and introduces the whole world of Plečnik with newly taken photos. We would like to thank Dr. Damjan Prelovšek, who is a leading researcher of Plečnik and an inhabitant of the house, Villa Prelovek (a+u current issue) that Plečnik renovated, for a great amount of help with this issue.
Yoco Fukuda-Noennig

Church of the Holy Ghost

Church of the Sacred Heart of Jesus