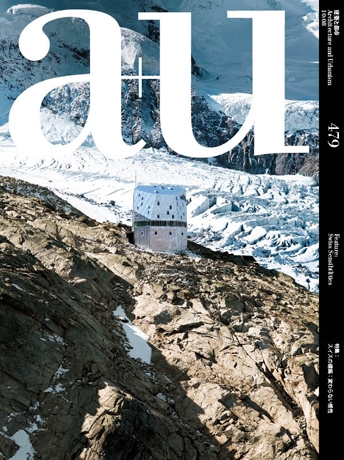 Only 9 left in stock

This issue features 15 examples of Swiss architecture, including the most recent projects by Chiristian Kerez, Gigon / Guyer and Valerio Olgiati. By now, Swiss architecture from the German language region that includes Zurich and Basel has become a familiar topic in the architectural media. How have buildings by architects who were once called representatives of Minimalism or designers of Swiss Boxes changed? On one hand, we see attempts to discover new possibilities in materials and an interest in the richness of colors; on the other hand is a stricter approach to tectonics. However, it seems that there is something about their work that reminds us of the timelessness of Swiss architecture. It is impossible to describe it concretely, but it might be their dignified attitude toward architecture. This issue also includes two articles as the second installment of the ‘Sustainability Survey’: one is ‘Sustainability in Switzerland’, which introduces the activities of the non-profit foundation myclimate, a spin-off from ETH Zurich; the other is ‘Climate as a Design Factor’, which analyzes the relationship between design and the central European Swiss climate. (