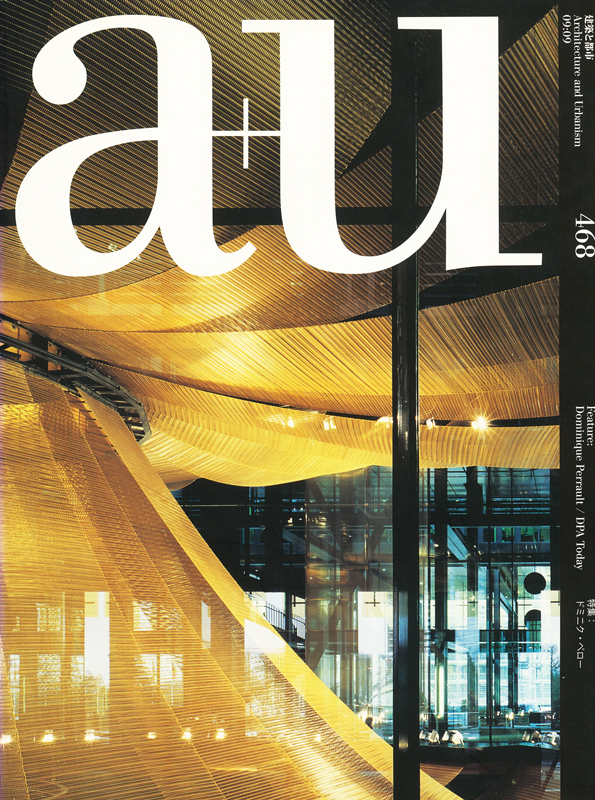 This is the second issue of a+u devoted to the architecture of Dominique Perrault. The previous one, which appeared in April 2003, introduced his innovative use of many kinds of softly enveloping metallic fabrics, as embodied primarily in works that were then still in planning.This issue turns to some recent projects, with a focus on harmony between architecture and the environment – another theme that has occupied him throughout his career. Among the works introduced are the Campus Valley at Ewha Womans University in Seoul, completed in May 2008, the Court of Justice of the European Communities in Luxembourg, and the Olympic Tennis Center in Madrid.Three essays, by Frédéric Migayrou, Luis Fernández-Galiano, and Perrault himself, examine an architectural strategy of disappearance. In the words of Migayrou, “Architecture that disappears, erases itself, is no longer an obstacle, a frontier between man and his surroundings, is the contradictory domain of practice Dominique Perrault has dedicated himself to”.The article on Ewha Womans University contains newly commissioned photos taken in May of this year. The works in this issue, some still incomplete, offer a perspective on the state of Dominique Perrault’s architecture at this point in time, and hints of its future course. ( a+u)