a+u 2009:03 Architecture in Croatia and Slovenia 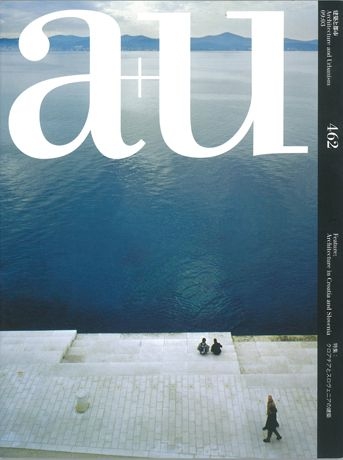 Feature: Architecture in Croatia and Slovenia

Architecture in Croatia and Slovenia

Croatia and Slovenia declared their independence from theSocialist Federal Republic of Yugoslavia in 1991. Located on the Balkan Peninsula and surrounded by countries such as Italy, Austria, and Hungary, they have had politically and culturally complex histories. Independence brought both new hope for the young states and painful readjustments amid the transition to new economic and social systems. Against this background, young architects have set out on a journey in which they are coming to terms with new realities as they work to define new core domains for culture and society.This issue introduces the work of nine offices in Croatia andSlovenia. In contrast to regions where the news is dominated by spectacular commissions to international star architects, the architectural scene here is characterized by skillful reinterpretations from architects who are firmly rooted in the climate, landscape, traditions, and lifestyles of their homelands. Important contributions are expected from them toward the development of their countries.Slovenia became a member of the European Union in 2004 and Croatia is a candidate aiming to join in 2010. This will open up a wider stage to these architects and bring a further evolution in their work as they cooperate with architects from other counties. Already featured in numerous journals and exhibitions, the architecture of Croatia and Slovenia is now poised to become a force on the global stage.