a+u 2008:04 The Cistercian Abbey of Le Thoronet + Reconsidering the Museum 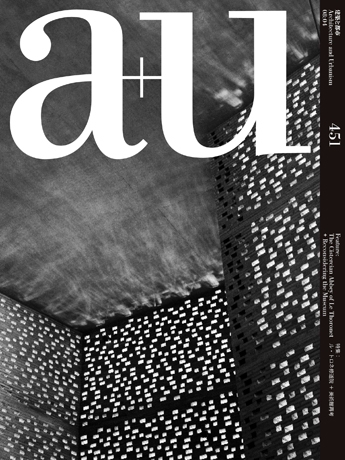 Feature: The Cistercian Abbey of Le Thoronet Reconsidering the Museum

Final Design for Science Center and Aquarium in HafenCity by OMA

The Cistercian Abbey of Le Thoronet

In the 12th century, a Cistercian abbey was established in Provence, South France. The architecture, in a style based on the strict observance of the Cistercian Order, eliminated all decoration and consisted only of rough stones, which were, however, placed with extreme precision. The abbey subjected architectural elements to ultimate limitations, even bringing the sense of sight under control in its internal spaces. Today, centuries later, it continues to exert a compelling fascination on many architects. In November 2007, we had the opportunity to photograph this marvelous architecture. In this issue, we introduce the Abbey of Le Thoronet, still immersed in its silence, and trace its significance for modern architectural history.Essay: A Place Where Matter and Light are not yet Divided

Essay: Sacred Modern Architecture and the Abbey of Le Thoronet

In the wake of the so-called “Bilbao Effect”, museum projects are being planned in cities around the world. In addition to the much-discussed economic impact of such museum buildings, this phenomenon has called into question the mission and thinking behind the institution of the museum itself. This issue of a+u features comments by directors and curators of leading museums and presents new currents in architectural exhibitions, curation, and ongoing museum projects. This issue also introduces Peter Zumthor’s latest work, the Kolumba, Art Museum of the Cologne Archdiocese.

, Buildings and Projects 1986–2007Directors and Curators of the MuseumsThe Museum of Modern Art